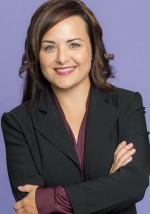 After graduating Salutatorian from her Texas high school, Step took the advice and several scholarships and spent her first 3 years at UT majoring in music. After completing the required training in piano and 100 hours of music training, Step was drawn back to her true passion, transferred to UT's School of Theatre and Dance,and earned her degree and teaching certification in Theatre. Step immediately went to work directing award winning theatre programs.

Step opened her acting studio, Keene Studios, shortly after leaving casting and is currently head coach. Step’s students have succeeded in studio and independent feature films, television shows, commercials and Broadway tours. Former students have also gone on to Los Angeles and New York and succeeded in long-term acting careers. Others have used their skills in related fields, including hosting, guest speaking and broadcasting.  Several of these have resulted in Emmy nominations and wins.