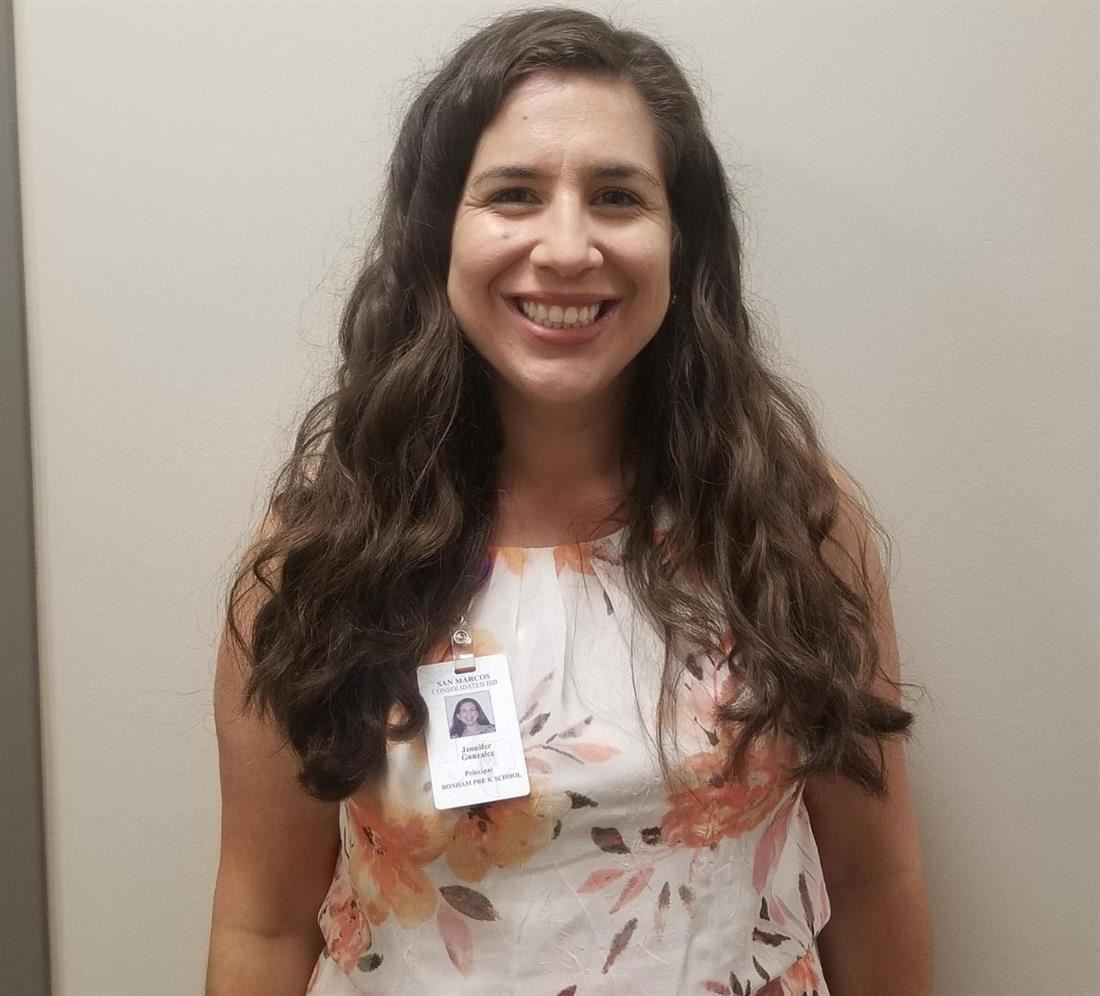 Jennifer Gonzalez began her career teaching kindergarten for Northeast ISD in San Antonio, TX. Gonzalez then joined Hays CISD and served in multiple capacities. During her nine years with Hays CISD, Gonzalez served as a dual language teacher, intervention teacher, bilingual summer school principal, and an assistant principal. She was a part of a number of innovative initiatives in Hays CISD including a successful turnaround plan at a second-year improvement required campus. Gonzalez has most recently served San Marcos CISD as principal of Bonham Pre-K.

Gonzalez grew up Castroville, TX a small town west of San Antonio. She received her undergraduate degree from Texas A&M University in Elementary Education, and a master of education degree from Lamar University in Educational Administration. As a school leader, Gonzalez is excited to collaborate with a diverse group of people to meet the common goal of increasing student achievement and well-being. Her educational philosophy is based on his uncompromising belief that all students can learn, given a positive learning environment, strong and knowledgeable leadership, a committed and focused educational team, supportive families, and an encouraging community.

Mrs. Gonzalez lives in San Marcos with her husband, Rudy, and two children, Lena and Graciela.